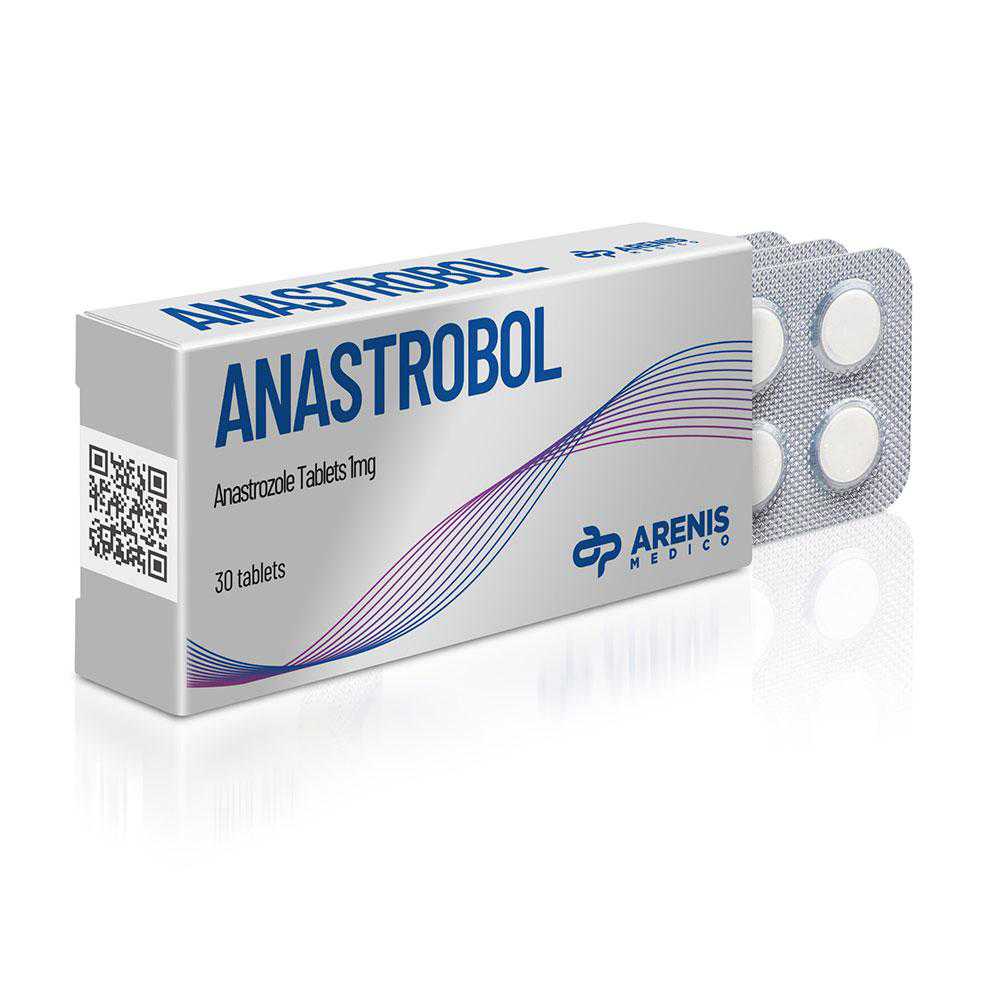 Anastrobol (Anastrozole) is an anti-estrogenic drug developed for the treatment of advanced breast cancer in women. It acts by blocking the enzyme aromatase, subsequently blocking the production of estrogen in the body.

In male bodybuilders and athletes, Anastrobol (Anastrozole) is commonly used to counter the side effects caused by elevated estrogens subsequent to the use of certain anabolic/androgenic steroids.

Common side effects associated with the use of an aromatase inhibitor include hot flashes, joint pain, weakness, fatigue, mood changes, depression, high blood pressure, swelling of the arms/ legs, and headache. Aromatase inhibitors may also decrease bone mineral density, which may lead to osteoporosis and an increase in fractures in susceptible patients. Some individuals may also respond to the medication with gastrointestinal side effects including nausea and vomiting.

Aromatase inhibitors can harm the development of an unborn fetus, and should never be taken or handled during pregnancy.

When taken by men to reduce estrogenicity during prolonged periods of steroid treatment, aromatase inhibitors may increase cardiovascular disease (CVD) risk by retarding some beneficial properties of estrogen on cholesterol values.

Studies have demonstrated that when an aromatizable steroid such as testosterone enanthate is taken in conjunction with an aromatase inhibitor, suppression of HDL (good) cholesterol levels become significantly more pronounced. Since the estrogen receptor agonist/antagonist Nolvadex generally does not display the same anti-estrogenic (negative) effect on cholesterol values, it is usually favored over aromatase inhibitors for estrogen maintenance by male bodybuilders and athletes concerned with cardiovascular health.

To mitigate the estrogenic side effects of anabolic/androgenic steroid use, male athletes and bodybuilders will commonly take 0.5 mg to 1 mg of Anastrobol (Anastrozole) per day. In some instances a half of a tablet (0.5 mg) taken every other day is sufficient to mitigate the buildup of estrogen.

When used with readily aromatizing androgens such as methandrostenolone or testosterone, gynecomastia and water retention are often effectively blocked.

Additionally, the use of Anastrobol (Anastrozole) may decrease fat mass, which can also be tied to estrogen levels. The result can be a harder and much more defined appearance to the muscles and physique, which makes this agent of interest for dieting/cutting purposes as well.

Food does not appear to affect the absorption of Anastrobol (Anastrozole), so the drug may be taken with or between meals.