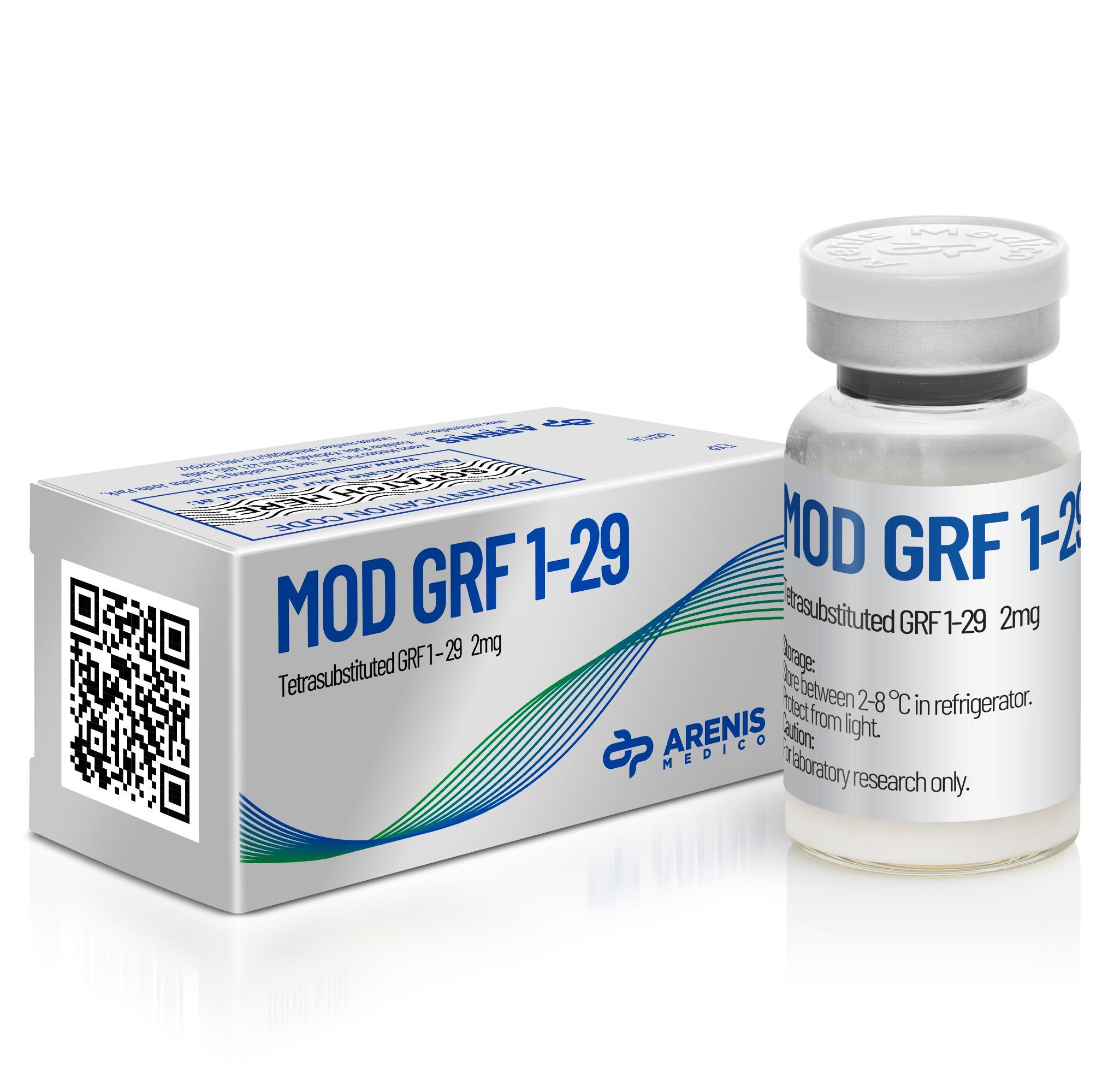 Mod GRF 1-29 is a synthetic growth hormone secretagogue from the growth hormone releasing hormone family. These compounds are based on GHRH, a natural peptide hormone that signals the release of GH from the pituitary gland. GHRH is one of two primary positive regulators of GH secretion in humans, acting together with ghrelin. Both hormones are the subjects of extensive drug development. With GHRH, though it can be synthesized as a drug product, it is not really adequate as a therapeutic agent. It is too short acting. Mod GRF 1-29 is potentially more viable. It is a shortened, modified form of GHRH that is more resistant to enzymatic cleavage. It has a longer half-life, and is a more potent agent for increasing serum GH and IGF-1 levels.

Common side effects to Mod GRF 1-29 include flushing, warmth, dizziness, and transient hypotension following injection. Other common side effects include sleepiness, headache, diarrhea, nausea, and abdominal pain. Also frequently reported are adverse effects typically associated with other types of growth hormone therapy, such as water retention (edema), joint pain (arthralgias), carpal tunnel syndrome, and numbness or tingling in the extremities.

The subcutaneous administration of this drug may cause redness, itching, pain, or lumps at the site of injection.

Mod GRF 1-29 is provided in vials containing 2 mg of lyophylized powder. The contents should be reconstituted by adding a convenient amount of sterile or bacteriostatic water.

Injection may be subcutaneous, intramuscular, or intravenous, according to personal preference. If desired, peptide solutions from other vials, such as a vial of a GHRP product, may also be drawn into the same syringe. This reduces the total number of injections required.

Recommend dosage is 100 mcg Mod GRF at a time. For maximum effect, dosing is preferably three times per day at times of low blood sugar, for example about 30 minutes before a meal, but where use is ongoing, a common use is once per day prior to sleep.