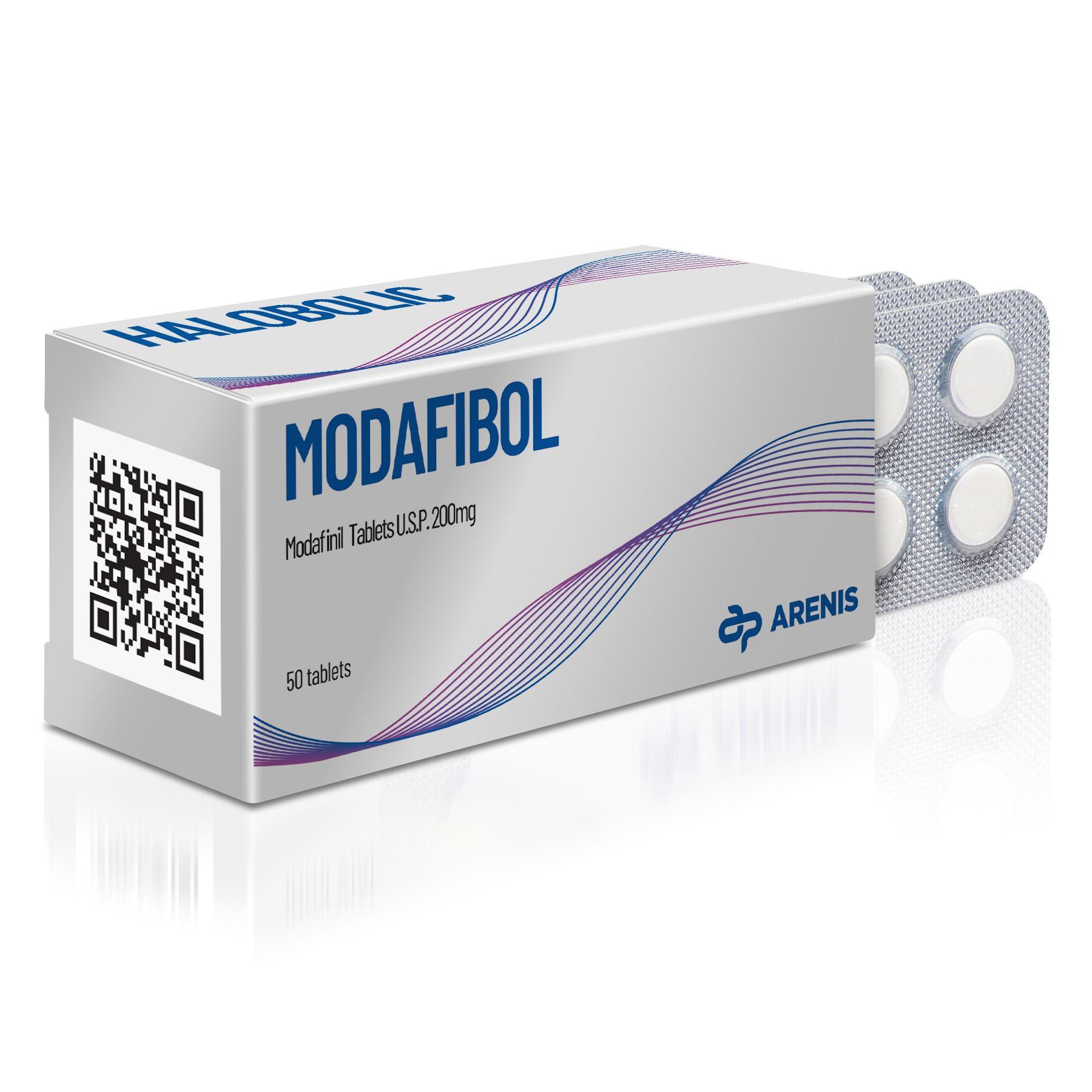 Modafibol (Modafinil) is used for the treatment of narcolepsy (a disorder characterized by sudden and uncontrollable attacks of deep sleep, mental fatigue, or excessive sleepiness), sleep apnea, and SWSD (Shift Work Sleep Disorder).

Modafibol (Modafinil) have many advantages over amphetamines, it produces a lower sense of euphoria, lower peripheral CNS stimulation (less side effects), has minimal effects on blood pressure, produces no interruptions in normal sleeping patterns (no hangover or needing “catch-up” sleep), and has an overall greater safety profile.

Modafibol (Modafinil) is sometimes used by athletes as a performance enhancing agent with both stimulant and endurance-increasing properties.

Side effects associated with Modafibol (Modafinil) are commonly the result of its central nervous system stimulating activities, and may include nervousness, insomnia, shakiness, euphoria, personality changes, and excitation.

In rare instances allergic rash, increases in alkaline phosphatase, or impaired voluntary movement have been reported.

When used to enhance physical performance, the typical effective dose is in the range of 100-400 mg. This is often given at least 2-3 hours prior to athletic competition. Note that side effects can be dose dependant.

It is often advised to start using Modafibol (Modafinil) on the low end of the effective dosage range, and increase by 50-100 mg per application until an optimal level is determined.