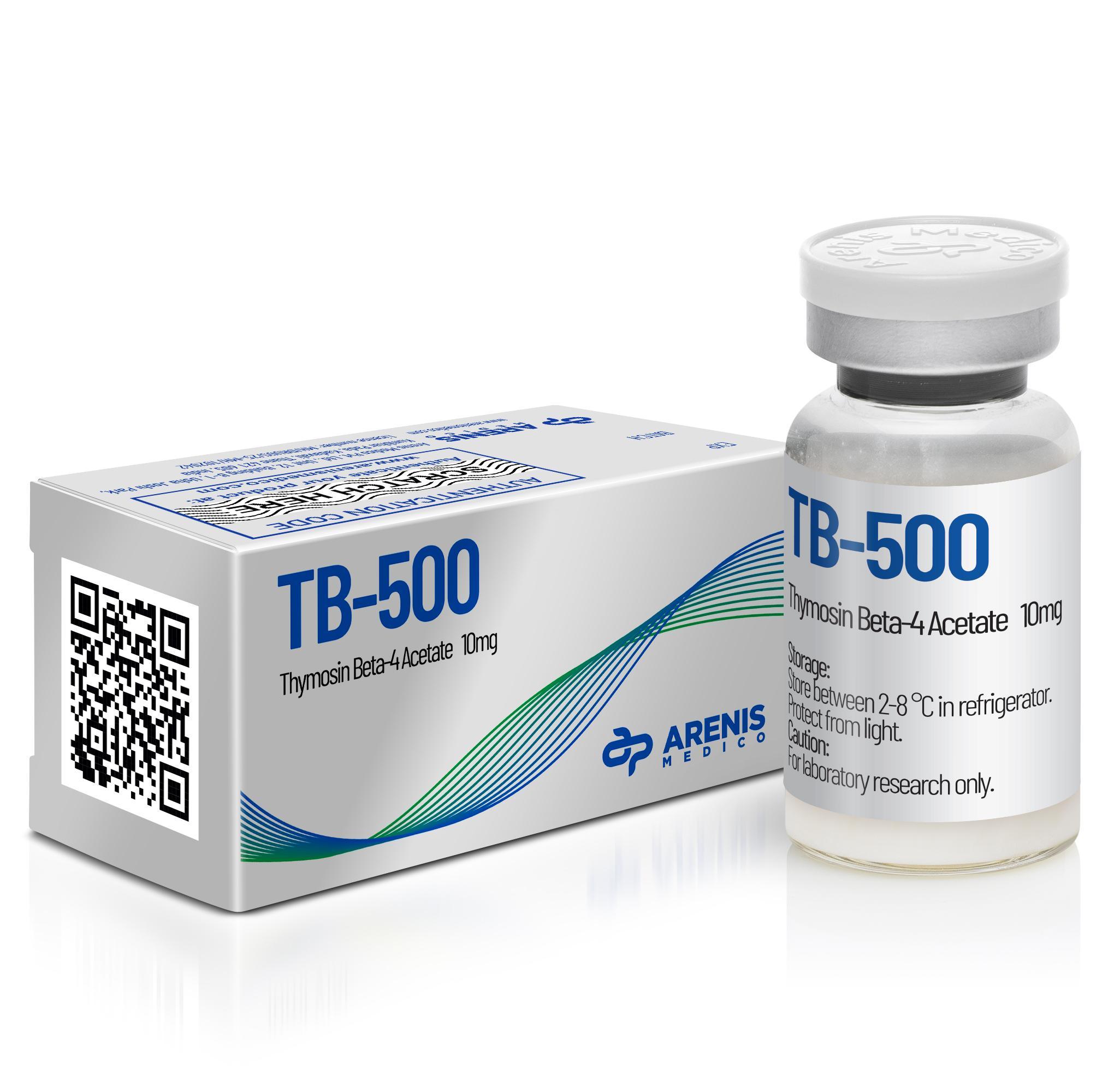 TB-500 is a peptide fragment hormone that is primarily used in the treatment of various muscle injuries or pain caused by inflammation. There is very little official human data available for this product, however, it has been a longtime hormone used in racehorses.

The primary purpose of TB-500 lies in its ability to promote the upregulation of cells in the body. Upregulation increases the cell’s sensitivity to action, specifically in proteins such as actin. This action helps to regulate inflammation in injured areas of the body as well as provide new blood vessel pathways. TB-500 possesses a very low molecular weight allowing it to travel long distances through the body, virtually to all locations. TB-500 does not have to be administered to the injured area but will find its way to all injured areas regardless of administrated location.

As with any injectable medication, especially peptides, the most common side effect will be skin irritation at the injected site. However, this does appear to be less common with TB-500 as compared to other peptides in terms of anecdotal reports by users. Headaches and other ill-like symptoms also appear to be very rare.

TB-500 comes in dry powder form and must be reconstituted with bacteriostatic water for administration.

The most common dosing range is 2 to 2.5mg of TB-500 two times per week for approximately 4-6 weeks. Once the 4-6 weeks of use is complete and the injured area has improved, some users will reduce to one to two injections per month for injury prevention. Many users report greater muscle flexibility when using TB-500, thereby reducing further injury potential.